How Customers Can Build & Defend Your Online Reputation

Here is something you probably see daily online.  An upset customer takes to the Internet to voice their disappointment with a business.  More and more it’s not just on review sites, it’s in your Twitter stream or your Facebook feed.

I came across this post on my local community group page this week, the group has about 6,000 members.

To give you a little background, Little Caesars in my city used to be owned be another group who didn’t have a good reputation, in fact they had a horrible one. Not just with customers and reviews, but even with employees thanks to payroll issues.  Then about 3 months ago new owners came in, owned the customer service and employee issues, addressed them and turned many frustrated customers into fans. Thus Matt above stating the “New” Little Caesars.

These are the types of reviews the business was getting under the past ownership. I’ve watched as a few loyal customers, friends of the business or even the staff/owners try to jump in and help only to have the mob drown them out.  The quick take-away is if you have a lot more haters than fans, it’s hard to stop the angry mob.

Pro Tip: You should know how many more fans (promoters) you have than haters (detractors). One more reason to use Net Promoter Score with your customer feedback strategy.

Happy Customers To The Rescue

In this case, the angry mob didn’t win. In fact, the mob turned out to be 2 or 3 people at most with over 50 comments as I write this defending the business, it’s owners and actually forming an angry mob on Matt who posted the complaint (I don’t know if that’s right either).

These customers knew the place was in bad shape, supported the new owners, gave them a chance and have been nothing but pleased with the turn-around of this Little Caesars location.  As you’ll see in the comments from the Facebook post below, customers alerted the owners (Scot & Paul) to the comment, defended them, cited their work to improve it and let Matt know his issues were small, ridiculous and not the normal. In the first set of comments above, here is the biggest win, created by the owners themselves as their customers know they care.

“What I l love and what I have observed with the new owners is that they genuinely care about customer feedback.” – Emily

Winning, big time.  Do your customers think this?  Would they openly tell others about your dedication to customer feedback?

The Owners Step In & Own It

You’ll notice above that the very first commenter tagged the owners Scot and Paul to alert them to this complaint.  Before they could respond, a dozen customers already had, letting that customer know he was wrong about the business, too critical of them and that he should communicate to the business, not Facebook.

But these guys get it.  They stepped in and addressed Matt’s concerns without belittling him, without saying he was wrong or that their customer comments are proof it didn’t happen. They owned it.

They truly didn’t have to own this one, their customers were there in droves, but they did. Not just one of them but both of them. The entire thread is an amazing combination of common sense, customer loyalty, fantastic business owners and even entertainment.  I wanted to write about this because of the things I pointed out above and to give other businesses an example of how caring for your customers can pay off in many ways.

Building your online reputation from nothing is a tough job, even tougher is when you take over a bad one and need to turn the tides.  As outlined above, the guys that own my local Little Caesars are doing just that.  Here are the main things they have done to make that happen that you can do too.

1- Stepped in and acknowledged there was a problem and they would be dedicated to fixing it. They did this on Facebook multiple times when they took over.  They asked customers for another chance and many gave them one.

2- They made it happen. You can’t fake great service and they did what they said they would do and their customers took notice.  Here are the types of Google reviews they have received more recently. 3- They turned the haters into fans.  The kind of fans that will defend them and their reputation.

4-  They build a reputation of caring about feedback, enough so that their customers notice.

5- They own problems, even when others feel it isn’t even a problem they own it.  They respond, are rational, with care, with an apology and a dedication to make it right.

If you want to make giving customer feedback to your business easier, if you want to know how many more fans you have than haters or you need help marketing your happy customers experiences across the web, we’d love to help. 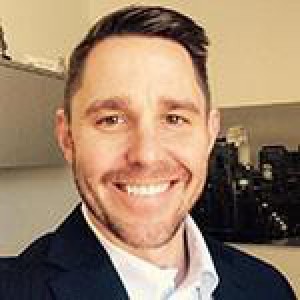